The term self-talk is thrown around a lot, and I would like to take some time to unpack it. Self-talk simply means the things you tell yourself whether they be words, thoughts or conversation you have with yourself.  There are several forms, including:

These are positive statements you tell yourself; for example, “I deserve the promotion because I am good at my job”.

Negative self-talk is when your inner voice is saying terrible things directed towards you; for example, “I’ll never get that promotion because no one likes me.”

The lesser discussed form, and my personal favorite, sounds like this: “I don’t know if I will get the promotion. I know I am good at my job, but there is strong competition.”

Take some time during your day and journal about the statements you are telling yourself. Your goal should be to stay neutral or positive. Some people find positive self-talk to be a bunch of hogwash, which is why I prefer neutral self-talk. Rather than putting on rose-coloured glasses, it allows you to live in grey. You don’t have to keep telling yourself “I’m the best”. Instead you can say “I’m good at what I do, but I recognize others are good at what I do too”. Ultimately, you should choose which style works for you, whether positive or neutral.

Last week we discussed how habits are formed.  The ways in which we talk to ourselves are also built by habit and routine. What you need to understand is the style of self-talk you engage in has major consequences on you and your life. The adage about words not hurting you simply is not true. The words we use, according to science, actually dictate how we see the world. When you tell yourself you aren’t worthy  and a failure, you start to believe it and then treat yourself that way. Eventually you allow others to treat you as a failure.

If you recognize yourself as someone who partakes in negative self-talk, as I stated earlier, take some time to journal about how you talk to yourself. Make a chart to help visualize  what you say about yourself, what triggered you to say that, the evidence for this belief, and re-wording your statements to be neutral or positive. Through this, a thought like “I am terrible  at my job” becomes “There are areas of my job I can learn more about” or “Today I accomplished all the tasks I needed to.”

Put the onus on what you can change and be kind to yourself. You do not need to be perfect! By being cognizant of the words you say to yourself, you can make yourself happier and healthier. Like anything it takes practice, repetition, and a willingness to fail then try again. If you engage in negative self-talk don’t belittle yourself. Instead, think about reframing your thoughts, and never forget that you matter.

Posted in Living A Fantastic Life and tagged communication, self aware, self discovery, self talk, wellness 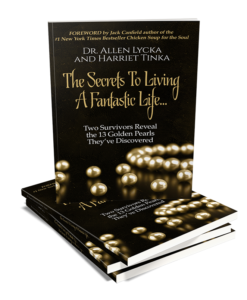 DISCOVER The Secrets to Living A Fantastic Life!

GET A FREE COPY OF MY BEST SELLING BOOK NOW!