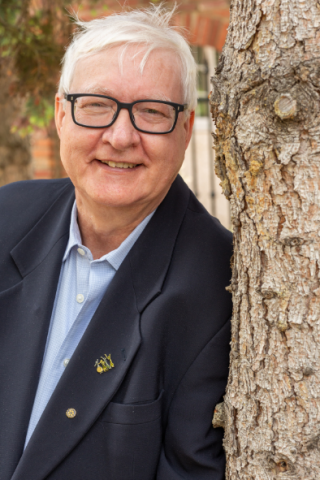 Dr. Lycka was misdiagnosed with ALS (Lou Gehrig's disease) in 2003, and after additional research discovered he had Chronic Lyme Disease. He was treated and practiced for another 16 years as a cosmetic dermatologist, retiring in 2019 to embark on a new career to help others overcome adversity as he did. Because of what he learned, he co-authored the bestselling book The Secrets To Living A Fantastic Life with Harriet Tinka, a former fashion model and Woman of Distinction. He co-authored two more bestsellers in 2020, bLU Talks Presents: Business, Life and the Universe, with Corie Poirier and Pillars of Success with Jack Canfield.

Acknowledged as one of the leading cosmetic dermatologists globally for three decades - Dr. Lycka helped develop laser-assisted tumescent liposuction - an advanced body sculpture technique, and Mohs Micrographic Surgery (an advanced means of removing skin cancer with 99% success). He has lived and practiced in Edmonton, Alberta, Canada since 1989.

Dr. Lycka has written 17 books, 30+ academic papers and hosted the number-one internet radio show in the world on cosmetic surgery – Inside Cosmetic Surgery Today. He is a co-founder of Doctors for the Practice of Safe and Ethical Aesthetic Medicine and founder of The Canadian Skin Cancer Association. He won the prestigious Consumers Choice Award for Cosmetic Surgery for 16 consecutive years during his career.

As a leader in his industry, he is now a successful mentor to cosmetic surgeons and cosmetic dermatologists, as well as a business coach to many successful entrepreneurs in many different industries. Dr. Lycka teaches tools and tactics on how to lead a successful and profitable business with marketing, personnel and office management and business development techniques.

Dr. Allen Steven Lycka is happily married to Dr. Lucie Bernier-Lycka for 40 years, and they have four lovely daughters and seven beautiful grandchildren. He counts his family as his most important accomplishment.

Download Online Media Kit (PDF)
Back to the Pressroom Page