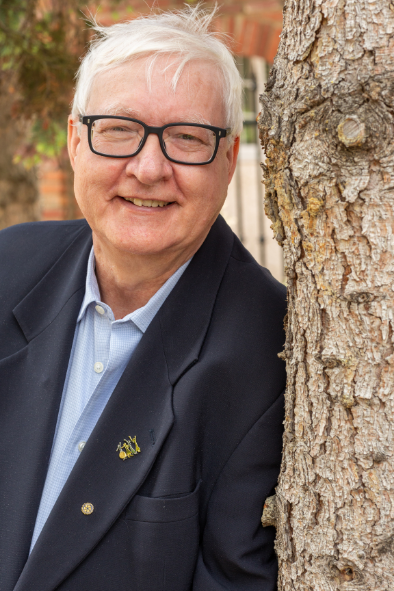 Dr. Allen Steven Lycka was acknowledged as one of the leading cosmetic dermatologists in the world for three decades. A cosmetic surgery pioneer, he helped develop laser-assisted tumescent liposuction - an advanced body sculpture technique- and Moh’s Micrographic Surgery, an advanced means of removing skin cancer with 99% success. He has lived and practiced in Edmonton, Alberta, Canada, since 1989. He’s written 17 books, and 30+ academic papers, and hosted the number one internet radio show in the world – Inside Cosmetic Surgery Today. He is a co-founder of Doctors for the "Practice of Safe and Ethical Aesthetic Medicine" and founder of The Canadian Skin Cancer Association. He won the prestigious Consumers Choice Award For Cosmetic Surgery for 16 consecutive years.

In 2003, Dr. Lycka’s life changed drastically when he suddenly developed a right foot drop while on vacation with his family at Disneyland. He promised his wife he would explore it, and after seeing many doctors was misdiagnosed as having ALS (Lou Gehrig's disease). Still, he maintained his status as a leading cosmetic doctor for 30 years. He later discovered he has Chronic Lyme disease.

Because of what he learned through his life-altering experience, in 2019, he left his practice and co-authored the bestselling book, "The Secrets To Living A Fantastic Life," with Harriet Tinka, a former fashion model and Woman of Distinction.

He has also authored two more books: one with Corie Poirier entitled “bLU Talks Presents: Business, Life and the Universe” and one with Jack Canfield entitled “The Pillars of Success.” Both books also became bestsellers during the Covid crisis in 2020. Currently acknowledged as a leading expert in Living A Fantastic Life and Turning Points, he is a transformational speaker, thought leader, coach, and mentor.

Dr. Lycka is happily married to Dr. Lucie Bernier-Lycka for 40 years, and they have four lovely daughters and seven beautiful grandchildren. He counts his family as his most important accomplishment.